Astronergy Solar Panels was founded in 2006 and currently has over 3000 employees.

Astronergy solar panels are a renewable energy focused company with manufacturing and EPC capability*. Currently, they have a 3.5GW capacity of PV modules manufacturing facility and managing over 4000MW of solar power station around the world.

Astronergy Solar panels have their manufacturing facilities in China, Thailand and Vietnam. Recently, our Astronergy Solar Panels (Astro) series have been awarded the world’s first LeTID certification issued by TUV Rhine of Germany and the highest AAA level of operation and maintenance in the industry. In addition, they have formally signed a technical cooperation agreement with the UNSW in Australia. *(EPC in China only and developing around the world)

Since 2009, Astronergy Solar Panels was imported by a local distributor in Australia. From 2017, we have officially appointed distributors and also provide OEM products into Australia.

On Astronergy’s investment side of business, we have made partnerships with a local developer in South Australia with regards to building a large-scale solar farm. Currently, we have 2 solar farms in operation. One of which is 1MWdc and the other 1.8MWdc. We can expect up to 20MWdc of our solar farms in operation in late 2019. We have already signed the strategic partnership agreement to be develop another 150MWdc large scale solar farm in Australia and continue to seek partnership and development opportunities in the future.

In 2014, Astronergy Solar panels acquired Conergy’s production plant located in Germany and became the first Chinese solar company to establish a production facility in Germany. The merge of the German plant increased Astronergy’s market share in EU significantly combined with another 5 production sites around the world in Hangzhou, Haining, Jiuquan, Thailand and Malaysia.

This is Monocrystalline (Mono) Half Cell PV module. It’s a High Power Output module. It has Excellent Performance at Low Irradiance More Credible and Precise PR Value Simulation. Astronergy Solar Panels has Stringent Production Quality Control PID Free Ability. Also have more Cycles in-house Reliability Test. It also Have linear Power Output Warranty. It is backed up with 3rd party Insurance from Chint group which is a well-known fortune 500 group. It also has Independent Engineering Due Diligence Report. It has 12-year Warranty for Materials and Processing and 25-year Warranty for Extra Linear Power Output.

It has guaranteed 0~+k5W Positive tolerance ensures power output reliability. Its innovational Half cut technology improves module output, decreases the risk of micro cracks, enhances the module reliability. It has the advantage of reduced effect of shadow on the module surface. It also reduces the internal mismatch loss. It has 12-year Warranty for Materials and Processing and 25-year Warranty for Extra Linear Power Output. It is backed up with 3rd party Insurance from Chint group which is a well-known fortune 500 group.

Quick and simple Online Application with No Paperwork involved.

Get Decisions in minutes so that you can start enjoying benefits of solar as early as possible.

Repay from your savings

Repayment starts only after your system is installed. Your system pays for itself from the savings on your electricity bills.

The Right decision at the Right Time Can Save You Lots of Money!

Speak To Us Before You Receive Your Next Electricity Bill.

Confused between so many brands?

Don't Worry!! We only carry brands with good reputation. Because your family deserves the best!!

THE MOST TRUSTED & RELIABLE - are the words Australian’s are using to define SMART HOUSE SOLAR.!!

Don't just trust our words, Count on our customer experiences.!!
VERIFIED CUSTOMER
Excellent sales and installation service
Sales and installation staff were excellent to deal with. System was quoted and installed in short turn around time. Installers were experts in their field and made us confident this was the right choice. 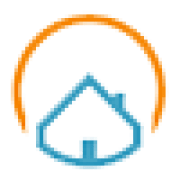 South East Queensland, QLD
VERIFIED CUSTOMER
Too Easy
Easier too sort out than I thought. Should of done this ages ago. Andy the installer was very knowledgeable and got me on the roof to show me flashing that needed fixing which had been causing leaks.

AU
VERIFIED CUSTOMER
A well priced quality solar product
Process was slightly lengthy and installation took 8 weeks, but overall was a good experience. Home is generating clean energy now at maximum efficiency! Installation was clean and fast :) We are happy with our new system!

South East Queensland, QLD
VERIFIED CUSTOMER
Go solar & save on product & power
With Scott the sales process was very good & other team Members overall very helpful. Installation team turned up without all parts, so a few days delay was experienced before completed.

South East Queensland, QLD
VERIFIED CUSTOMER
This is really awesome
The installation process was fantastic so professional really recommend to any one I would let people know who is interested in solar system The team was so good helpful through out the process

South East Queensland, QLD
VERIFIED CUSTOMER
Excellent efficient Service
Smart House Solar and the team were highly effective and efficient in all aspects of our Solar Panel purchase. I highly recommend the Smart House solar team for your Solar needs.

South East Queensland, QLD
VERIFIED CUSTOMER
Great deal and great service
From the minute I called about a deal I saw on tv I couldn’t believe how quickly it was all sorted and how quickly the installation was done and how easy it would be to save money on our power bill

South East Queensland, QLD
VERIFIED CUSTOMER
This company is really Good!!
My roof was not have enough space to put all panels on. The company was really honest to me. And refund 3 panels money. Thank you very much . Highly recommend.

It Could Just Be